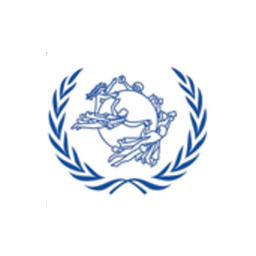 Excellent
142
Good
96
Average
117
Bad
232
Horrible
594
Rate the carrier
How do we calculate the rating? People are more likely to post negative reviews (for example, when their package is delayed or lost) than positive reviews (when everything is fine). It doesn't mean that bad situations happen more often than smooth delivery, though. That's why we give the negative reviews lower priority to calculate a more accurate carrier rating.

With the development of postal communications, governments began to conclude postal conventions between themselves on the procedure for forwarding correspondence through foreign ownership of transit, on the size of postal charges, and on their distribution between the contracting parties. When concluding these conventions, the parties often cared most about attracting as many mailings as possible to their territory and lengthening the route for their transit, and thus artificially inflated transit mailing fees (charged according to weight and distance), considering the transit pass of mailings exclusively as a source of income.

A big step forward was the Austro-German Postal Union, which concluded in 1850 between Prussia, Austria, other German states, and the administration of the Taxis Post, on the basis of uniform and uniform collection of postal charges. This union ceased to exist after the war of 1866, but during 1867-1873, first the North German Union, and then the German Empire concluded a series of postal conventions infused with the same spirit.

On the initiative of the United States of North America, in 1863 the first International Postal Congress was held in Paris, but the matter did not go further than an exchange of thoughts.

The Establishment of UPU

The UPU was established in 1874 at the Universal Postal Congress in Bern under the name “Universal Postal Union”, on the initiative of the General Postmaster of the North German Union Heinrich von Stefan and in the presence of representatives of 22 states. The main principles proposed by Germany - the unity of the postal territory, complete freedom and possible free transit, the unity of the postage rate and the principle of balancing, rather than the distribution of postal charges - were partly accepted as a whole, partly were the subject of various compromises .

On October 9, the “Universal Single Postal Agreement” was adopted at this congress, which extended to Austria-Hungary, Belgium, Great Britain, Germany, Greece, Denmark, Spain, Italy, Luxembourg, the Netherlands, Norway, Portugal, Russia, Romania, Serbia, Turkey, Montenegro, Switzerland, Sweden, and from non-European countries to the United States of North America and Egypt. France became part of the postal union only on January 1, 1876.

Organizationally and structurally, IPNs are divided into four main bodies:

The UPU Also Manages the Affairs of Two Cooperative Entities.

The Center for Postal Technologies, the current body of the Telematics Cooperative, and EMS. The UPU, together with the World Association for the Development of Philately (WARF), developed the WNS numbering system for counting postage stamps of the countries of the world, which was put into effect on January 1, 2002. As of November 28, 2008, over 170 countries and issuing postal organizations, as well as over 36,000 registered postage stamps issued since 2002, were represented on the WNS website. Many of them are accompanied by images of stamps, the copyright of which is usually reserved by the country that issued the brand, but which can be downloaded by the UPU and WARF.

Tasks of The Universal Postal Union

The purpose of its activities is to organize and improve the postal service around the world and ensure international cooperation in this area. The main principles of the union are as follows:

The Air Force unites member states into a single postal territory with fixed international postal tariffs. Each of its members agrees to deliver mail from other countries by the best available means. Ukraine is also a member of the Universal Postal Union.

While French remains the official language of the Air Force, the Seoul Congress has declared English the second working language of the International Bureau. Simultaneous translation into several languages other than French is provided during congresses and meetings of the Air Force. UPU documents and publications are translated into Arabic, Chinese, English, German, Portuguese, Spanish, and Russian. Translation services are paid for by the country that ordered the translation.